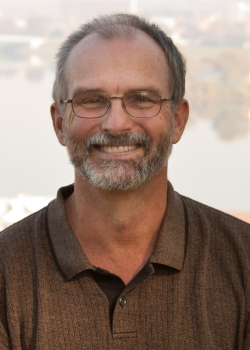 Pastor Woody’s wife, Kim, is a licensed psychologist and has training as a Spiritual Director (a form of spiritual mentoring, also called “Holy Listening”). Woody and Kim have three sons and a daughter-in-law: Christopher, Zachary, Jesse and Holly.  When he finds a few minutes to relax, Woody can most likely be found on the golf course (if there’s anything less than a monsoon or blizzard) or playing chess.

Pastor Woody’s education includes an Associate of Arts degree from Emmanuel Junior College, Bachelor of Arts from the University of Alabama, Master of Divinity from Eastern Mennonite Seminary, as well as a Doctor of Ministry from Union Theological Seminary in Richmond.